Youth Non profit organizations play a vital role in implementing the Sustainable Development Goals. These organizations are run by young people and adults and are a great way to change social status. Despite their informal nature, they are a powerful force behind the implementation of the Sustainable Development Goals. They also serve as a mechanism for bringing change to an individual’s life.

The United Nations adopted the Sustainable Development Goals in 2015, aiming to provide a better future for everyone by 2030. However, the COVID-19 pandemic has slowed down the implementation process. As a result, inequalities across the world have worsened. This makes active interventions by governments essential to meet the 2030 goals. One solution for this problem is the creation of a network of youth volunteers.

The Youth Volunteer Network (YVN) is one such organization. This network works with organizations to identify specific challenges faced by youth and develop concrete solutions. Examples of its work include providing mental health services to children who are unable to attend school and offering food to children who do not eat at home. Another initiative is creating seed banks to support home gardening projects.

As youth non profit organizations (NPOs) grow in popularity, the need for an evaluation process is growing. However, most youth NPOs do not have the resources to perform formal evaluation. Moreover, most existing evaluations do not take into account the individual characteristics of children or the stresses that they face. For example, a recent study examined the participation of young boys in 1:1 mentoring and other program activities at the Son of a Saint NPO, which aims to provide positive male role models for young fatherless boys.

Without evaluation, nonprofits cannot prove the effectiveness of their programs. The results of an evaluation can be used to make adjustments to improve the program. Moreover, evaluation is necessary to establish transparency to all stakeholders. It helps to lay a fact-based foundation for the story an organization wants to tell. Moreover, anecdotal stories do not have the same credibility as a formal evaluation. In addition, nonprofits are increasingly accountable to the public and government agencies.

They can be run by young people or by adults

Youth service organizations are a great way to get involved with your community and develop habits of giving. Studies show that people who volunteer regularly are more likely to donate to nonprofits and continue to do so as they get older. Youth service programs also give young people exposure to a wide range of nonprofits and can help them to discover causes they are passionate about.

Forming a youth nonprofit is a fairly simple process, but it is vital to follow certain steps to protect your tax-exempt status and protect yourself from personal liability. Failing to incorporate properly can cause serious problems for your nonprofit. For example, the IRS may reject your nonprofit’s 501(c)(3) status, and you will lose all donor deductions.

They should have an adult sponsor

An adult sponsor can add credibility to a youth organization. For example, he or she might have experience writing grants. Moreover, a volunteer who is from the same community as the youth may be more comfortable discussing sensitive issues with the young people. These are all reasons why most youth non profit organizations should have an adult sponsor.

Youths are an expanding volunteer population and a potential pool for nonprofit board members. According to the National Survey of Children’s Health, 78% of adolescents aged twelve to 17 were engaged in volunteer work. This has led some organizations to focus on integrating young people into nonprofit boards.https://www.youtube.com/embed/V7WUgMWPTvk…

They are exempt from federal income tax

While nonprofit organizations are exempt from federal income tax, they are not exempt from state sales tax or state unemployment insurance taxes. Additionally, nonprofits must pay the employer’s share of Social Security and Medicare taxes. In some states, nonprofits are exempt from sales tax, but only on items that are used for an exempt purpose. Investment income received by a nonprofit is generally excluded from taxed unrelated business income. Investment income received by nonprofits from controlled for-profit subsidiaries or parent corporations is taxed. Debt-financed property is generally taxed, too.

They are not subject to market discipline

There is a common misconception that nonprofit organizations are immune to market discipline. In reality, nonprofits are very vulnerable to commercialization, even when they aren’t trying to do so. Nonprofit organizations can take advantage of tax-exempt status, attract in-kind donations, and secure supplier discounts. However, they should be aware of the risks of pursuing such a business model.

They can legally and ethically trade at a profit

Nonprofit organizations typically do not operate for profit, but they do accept donations of money or other things of value. In some cases, they can legally and ethically trade at a profit. However, their ability to generate income and use profits is constrained. Most nonprofits are funded by private donations or grants from the public sector. These donations may sometimes be tax-deductible. They may also have members instead of shareholders.

They are geared towards helping others

They are accountable to donors

They are organized by focus areas

Nonprofit organizations are classified into various groups according to their fields of focus. These groups include public schools, public charities, labor unions, museums, and scientific organizations. They also include government agencies.

There are several ways to measure the incidence of youth unemployment in a country. One way is to look at the percentage of young people who are unemployed in comparison to the full-time labour force. This measure excludes part-time workers and people seeking part-time employment. The data for this measure can be found in Table 13, Labour force.

A new report from the United Nations shows that the COVID-19 pandemic is having a significant impact on youth unemployment globally. While youth unemployment has declined in many countries, it is still higher than before the pandemic. However, the report points to some encouraging statistics. According to the International Labor Organization (ILO), global youth unemployment is projected to fall two million from 2021 levels to 2022.

The report also notes that industries with high percentages of older workers saw job losses, and those with higher proportions of younger workers experienced lower job losses. However, sectors that rely on face-to-face contact suffered the most. Thus, young people who were previously employed in these industries found it difficult to find jobs after the pandemic.

Despite the devastating effects of the pandemic on employment and education, there are some promising signs. The unemployment rate for 18-24 year olds fell from 10.5 per cent to 9.8 per cent in the first half of 2021. The COVID-19 pandemic also increased the rate of full-time education, which helped protect jobs and prevent further unemployment.

Youth unemployment has several costs to society, including social exclusion and intergenerational poverty. In addition, a lack of opportunities can lead to violence and juvenile delinquency. In recent years, high youth unemployment has also contributed to social unrest in many countries. These issues need to be addressed to ensure the well-being of young people in today’s society.

The first issue is to prepare youth for the skills employers want. The government can do this through outreach programs, apprenticeships, and other job-search assistance measures. It can also entice private employers to hire young people by offering subsidies. Ultimately, this will help prevent youth unemployment from becoming a major issue in the future.

Youth unemployment has increased dramatically in the United States since 2008, but in many European countries, such as Sweden, Italy, and Spain, unemployment rates have decreased. In Italy, youth unemployment increased by 25 percent, while in Spain, it nearly doubled between 2008 and 2013. However, in Germany, unemployment rates declined, mainly due to the implementation of apprenticeship programs and short-time working policies, which subsidize firms that reduce hours. However, young German workers are still 1.5 times more likely to be unemployed than their adult counterparts.

Moreover, the length of unemployment is a significant determinant of transitions to employment. Among prime-aged individuals, those unemployed for at least 13 months are less likely to get jobs compared with those who have worked for only seven months. 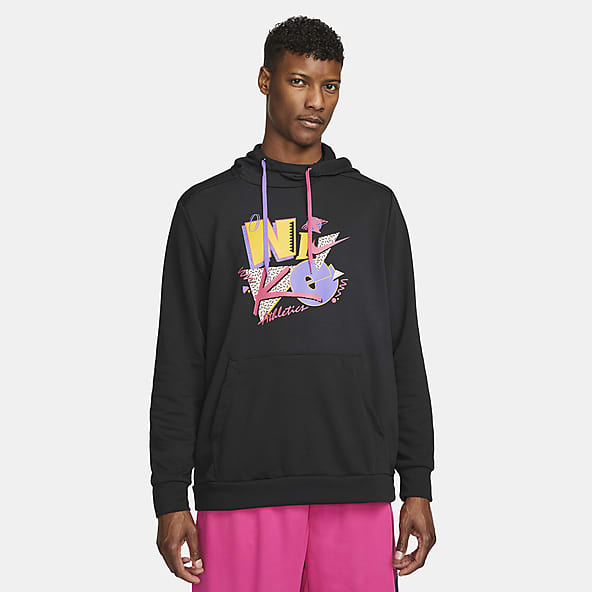 The best workout shirts are designed to keep you comfortable and dry during intense workouts. They are made with materials that are quick to dry, such as merino wool or nylon. The fabric also needs to have four-way stretch in order to provide comfort and allow you to move freely while exercising. We tested the top workout shirts by taking part in various types of exercises, including resistance band training, working out with dumbbells, and cardio sessions, including an outdoor run and an indoor bike ride.

Workout shirts should be made with advanced technology. Premium brands tend to pay more attention to the details, such as how well they conform to the body. They will also have better fitting panels and durable seams. Fabric quality is also an important consideration. A higher quality fabric will be more durable and last longer. Buying a high-quality workout shirt will give you the best performance and look possible. You should also avoid buying a cheap workout shirt.

The right workout shirt can make you look good, cover up your imperfections, and stay comfortable. Invest in several different styles, so that you can use them for different situations. For example, you might want to have separate shirts for working out on the treadmill or on a machine. You can also try on different material types if you are not comfortable with your current shirt.